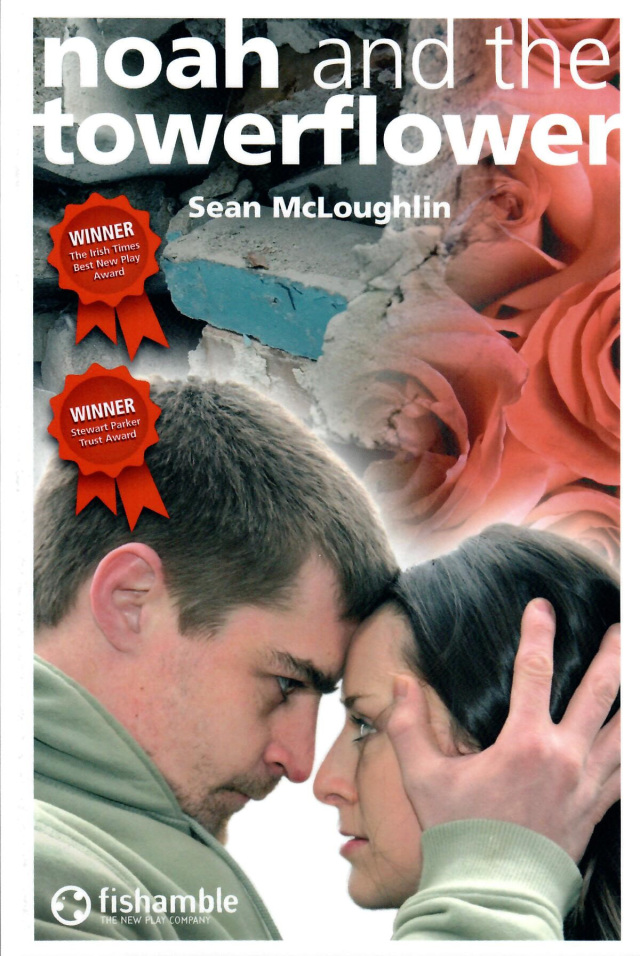 Noah and the Tower Flower by Sean McLoughlin

Natalie is looking forward to getting a new flat and a new start. But when she meets Noah, her future is threatened by the chance of falling in love. Noah and the Tower Flower is about two Dubliners, Noah and Natalie, struggling to leave their pasts behind as they begin to fall in love. It is a comic love story, set in the heart of Ballymun.

‘…Sean McLoughlin has written a fairytale of Ballymun with all the edge of Shane MacGowan’s New York version… exhilarating, clever and disturbing.’

‘McLoughlin demonstrates a keen eye for character and an ear for amusingly blunt dialogue.’

‘A promising playwright…the exchanges bring laughter consistently, the rude poetry is convincing – McLoughlin has an acute ear, a fine sense of comedy'