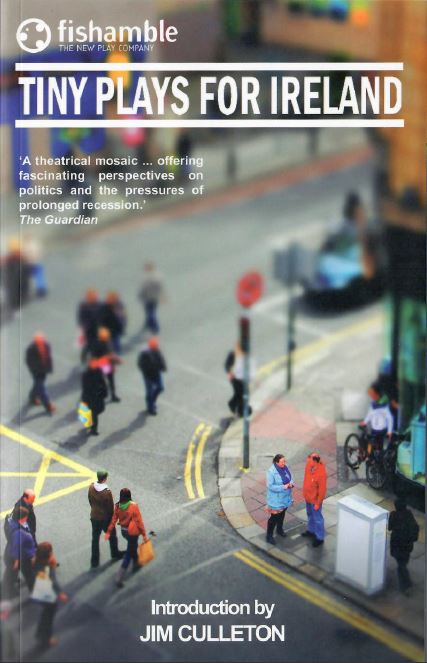 Fishamble, in partnership with the Irish Times, asked the Irish public what can be achieved with three minutes of stage time, what are the issues that need to be addressed, and who are the people that should be brought to life in the theatre?

Fishamble received over 1,700 plays from every county in Ireland and many countries beyond.

Tiny Plays for Ireland combines selected works by members of the public and dramas by some of Ireland’s best loved writers to provide one dramatic picture of Ireland at the crossroads.

‘A theatrical mosaic … offering fascinating perspectives on politics and the pressures of a prolonged recession.’

Sold out
Add to Cart