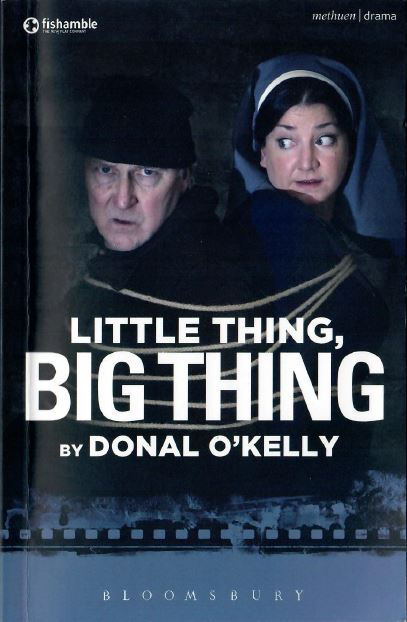 In Nigeria, a frightened child puts an old roll of film into the hands of Dublin-bound teacher Sister Martha. In Dublin, ex-con Larry, with a wounded backside, has to get out of the city to rob a convent. Meanwhile, Scarab Oil plans to unleash its new clean fuel of the future.

The film roll Martha is carrying attracts the urgent interest of some very powerful and ambitious people.

Donal O’Kelly is one of Ireland’s foremost socially engaged playwrights. In this stream-of-consciousness thriller, he pulls out all the stops.