What is A PLAY FOR IRELAND?

As part of its 30th year in 2018, Fishamble: The New Play Company set out to find one, big, ambitious play, that bursts with humanity and tackles a subject about which the playwright feels passionate - A PLAY FOR IRELAND that captures the zeitgeist of the country, that demands to be produced. Submissions were invited from across Ireland at the start of this two-year process, which encouraged the citizens of Ireland, and non-Irish citizens living on the island of Ireland, to write plays, engaging people aged 18+, from all communities, throughout the country. The initiative has seen Fishamble develop 30 new plays with playwrights throughout the island of Ireland during the first round of this initiative, and later this year will result in the production of one very special new play.

After a lot of debate and discussion among the Fishamble team, and with the partner venues and independent readers, Fishamble have chosen THE ALTERNATIVE by Michael Patrick and Oisín Kearney as the Play for Ireland.

A PLAY FOR IRELAND Fishamble Diaries 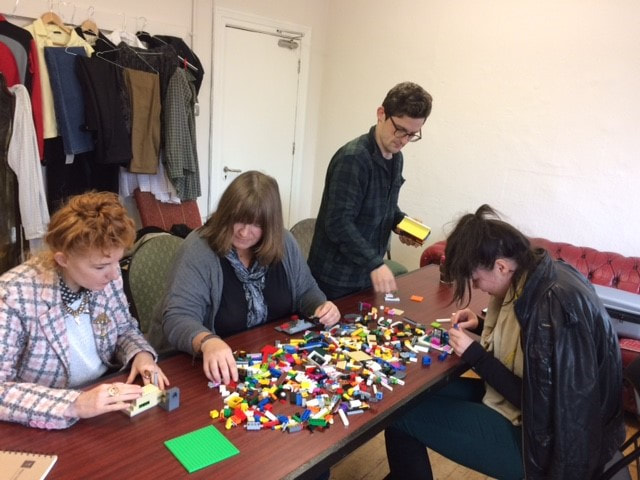 A PLAY FOR IRELAND workshop with Niamh Lunny 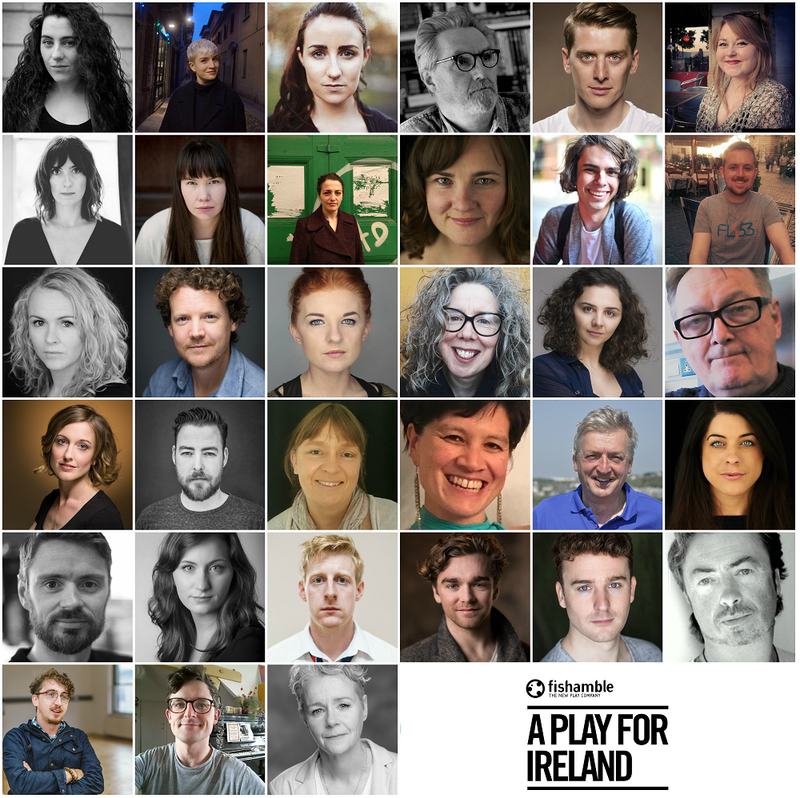 A PLAY FOR IRELAND Thoughts From Our Playwrights 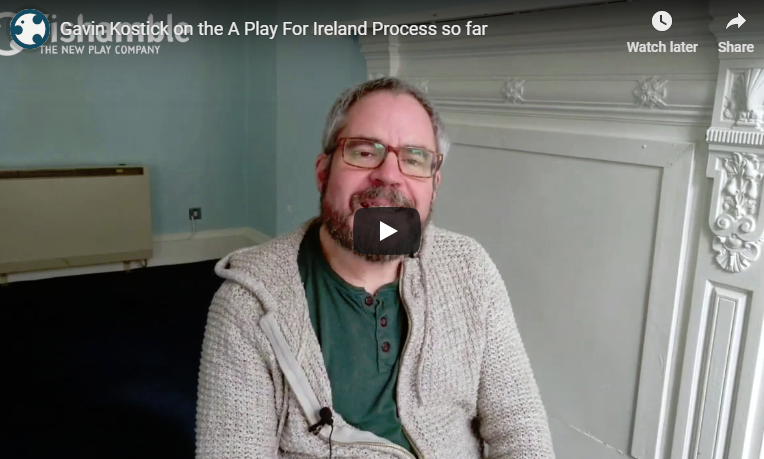 Gavin Kostick on the A PLAY FOR IRELAND Process so far

A PLAY FOR IRELAND is run in partnership with six venues across the country: Pavilion, Draíocht, The Everyman, Lime Tree Theatre/Belltable, Town Hall Theatre and Lyric Theatre. Five writers will be chosen to take part in the initiative in each venue, making a total of 30 playwrights, to mark Fishamble’s 30th birthday, in 2018.

Fishamble is Ireland’s only Olivier Award-winning theatre company which, as well as producing internationally renowned productions, supports the writers of 60% of all new plays produced in Ireland each year. It is committed to new plays that have something important to say about the world in which we live. It wants to encourage people all over Ireland to express themselves through theatre, to engage the public in making plays, and to create work for audiences throughout Ireland.
​
In 2011, Fishamble called out for tiny plays for contemporary Ireland, and received over 1,700 submissions. TINY PLAYS FOR IRELAND subsequently played to sell out runs in Ireland, generated similar initiatives in Australia and Russia, transferred to the Kennedy Center and Irish Arts Center in the US as part of Ireland 100, and was called ‘a brilliant project… really wonderful’ by President Higgins.

A PLAY FOR IRELAND is supported by

The Transport Partner for A PLAY FOR IRELAND is Irish Rail.