​Fishamble produced Pat Kinevane’s first play The Nun’s Wood in 1998, followed by his second play The Plains of Enna in 1999. Fishamble is very proud to have commissioned, developed, and produced three solo plays written and performed by Pat, which continue to tour extensively. They are Forgotten (since 2006), Silent (since 2011) Underneath (since 2014), and Before (Since 2018), all directed by Jim Culleton.

The plays have been performed in over 60 venues throughout Ireland. In 2019 Pat Kinevane won a Herald Archangel Award for 'sustained and excellent' contribution to the Edinburgh Festival Fringe. Silent has won Olivier, Fringe First, Helen Hayes, Herald Angel and Argus Angel awards, and Underneath won Fringe First, LA Stage Raw and Adelaide Fringe Best Theatre awards, and was nominated for Offie/Off West End and Total Theatre awards.

​The productions have toured throughout Europe, with partners including Dance Base (Edinburgh), Soho Theatre (London), CCI (Paris), Prague Fringe Festival, Lokal Festival (Reykjavik), International Theatre Festival (Sibiu), Tron Theatre (Glasgow), Cymru Theatr Clwyd, Irish Festival (Oulu), GLAS (Geneva), Home (Manchester), INFANT Festival (Novi Sad), Brighton Festival, Hotbed Festival (Cambridge), nu:write (Zagreb), and to Leuven, Kaiserslautern, Trabzon, and all across Bulgaria. In the US, in association with Georganne Aldrich Heller, they were presented by the Irish Arts Center, New York, and in Boston Center for the Arts, the Source Theatre in Washington D.C. and the Odyssey Theatre in Los Angeles. In Australia, Silent toured with APA to Perth and Melbourne, and Underneath toured to Adelaide.  Fishamble plays by Pat Kinevane continue to tour extensively in Ireland and abroad. 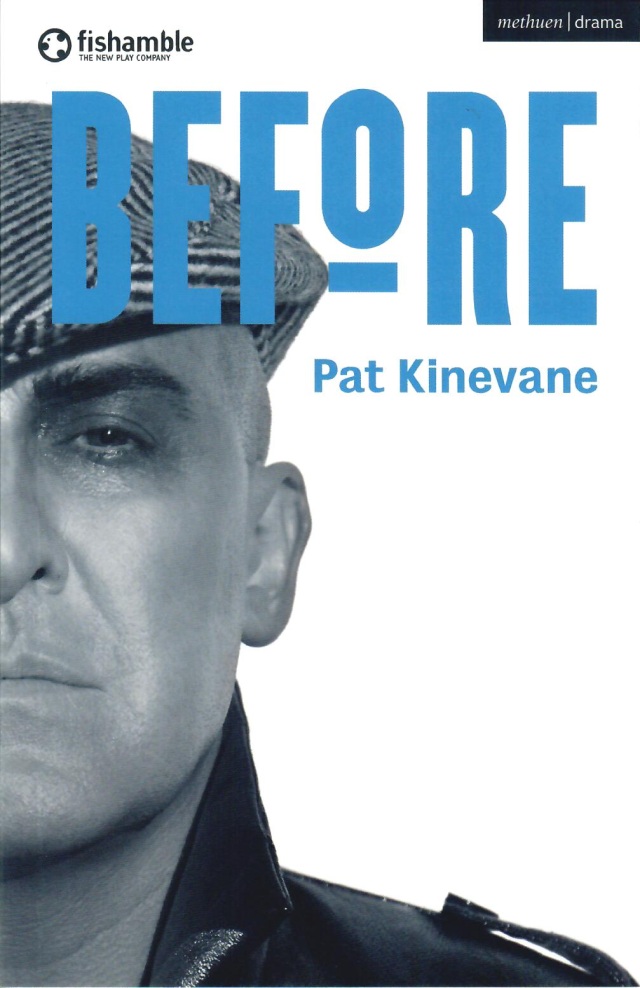 From the team that brought you Forgotten, Underneath and the Olivier Award-winning Silent, Before is a new play with much music, set in Clery’s of Dublin, on the very day this iconic department store shuts - for good. Pontius is inside, trying to choose a gift for his estranged daughter, whom he hasn’t seen for almost 20 years. He will meet her in an hour. This father’s journey is both beautiful and strange, from the isolation of his Midlands home, to the madness of O’Connell Street. Some folk are impossible to buy for…

'You fight back tears. Of course you do. It’s Kinevane - a rare and truly compelling talent' 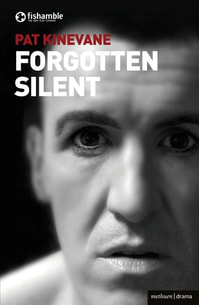 A unique collage of Kabuki dance and Irish storytelling, Forgotten has been a huge international success for Fishamble during the past decade. It is a captivating portrayal of four elderly characters living in retirement homes around Ireland.

Drop everything. Book now…captivating, moving, and – yes – even unforgettable.’ - The Irish Times

Silent is the touching and challenging story of homeless McGoldrig, who once had splendid things. But he has lost it all – including his mind. He now dives into the wonderful wounds of his past through the romantic world of Rudolph Valentino.

Click here for the production pages of Silent and Forgotten. 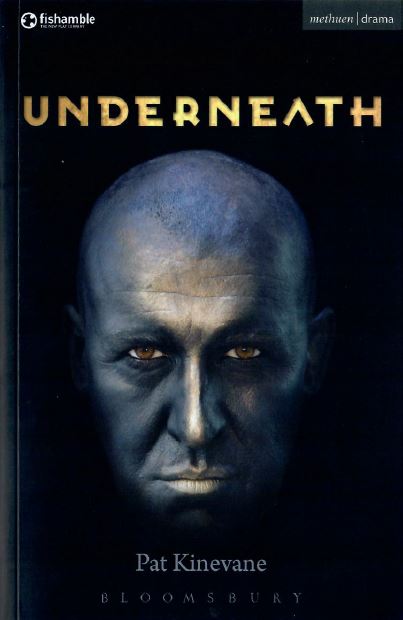 ​Sticks and stones didn’t break Her bones, but words and pointing crushed Her.

Is Beauty really only skin deep?

This stunning new play is a blackly comic, rich and vivid tale of a life lived in secret, a testament to the people who live on the fringes, under the nose of everyday life. It explores the surface, and what lies underneath.

​‘Like Olivier’s legendary Hamlet, this is one of those rare performances that will be talked about for decades to come… exciting, hilarious, harrowing and heart breaking… A devastatingly brilliant piece of theatre.’ ★★★★★​ Examiner.com